TV has changed a lot over the years. Free to air still exists but when you think of TV do you even think of those channels and shows anymore or of streaming services like Netflix, Stan, Hulu etc? It is these streaming services that are changing the media landscape, and not just in terms of format, but in terms of the types of content and the people who are making it.

There has been a significant increase in the number of woman hired to direct television episodes in the past year alone. The Los Angeles Times recently did an article detailing the shift, not only in numbers, but in attitudes towards female directors. They found that a large percentage of shows had actually increased the number of directors that were female in between seasons. 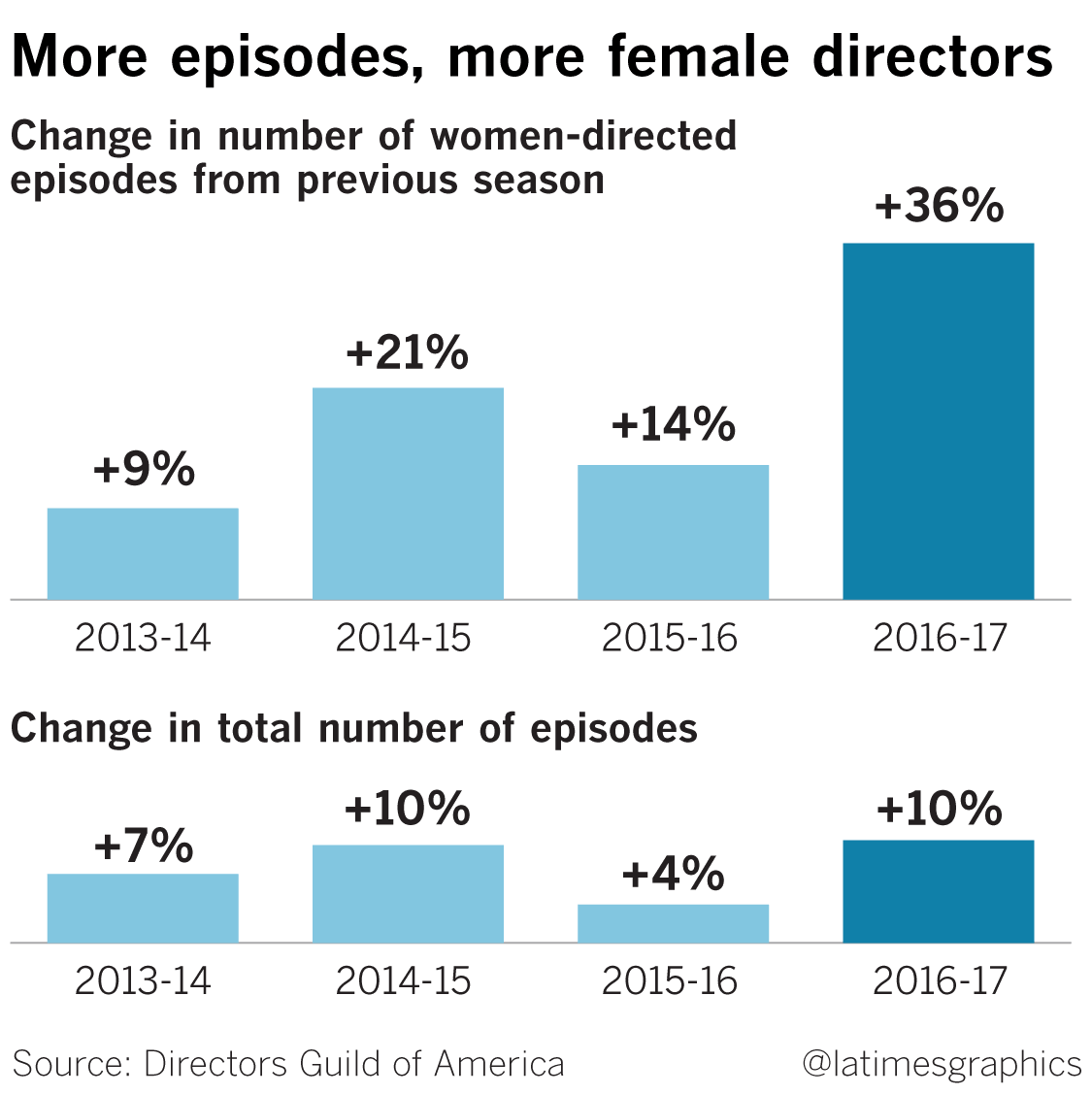 And it was quite a jump reaching its highest percentage within the last year. Whilst this is not the 50/50 split we’d love to see it is clear that show runners are happy to give women more opportunities to direct when it comes to the TV landscape.

Certain shows have even opted to support women 100% by giving every episode of their season to a woman to direct. Ava DuVernay’s Queen Sugar has been entirely directed by women for 2 seasons, and more recently the second season of Jessica Jones was entirely directed by woman. Also HBO series Girls boosts 50% female directors making the show a 50/50 split of male and female. Shows like these boost the statistical numbers and also give opportunities to the plethora of talented women who are out there.

When it comes to television producers seem to be willing to take more risks. Without the pressure of a box office but the pressure of viewership and ratings it allows for opportunities to try varied concepts in order to stand out. This is what is allowing more women to enter the industry. And whilst it sounds a bit downgrading to call hiring a female director a risk its what’s resulting in a 45% increase[2] in women directors on television shows in the past year. In this way women are exploiting a faulty system to ultimately change it for the better.

The serial format and relatively creative freedom of television is enticing even Academy Nominated and award winning women to join the scene. Jane Campion helmed the series Top Of The Lake and Jodie Foster joined the list of directors on the latest series of Black Mirror, a season that also featured mostly female leads in their episodes giving the content a refreshing new view.

As a woman who inspires to enter the industry I’ve been told by people to go into TV because there are more jobs and it never really seemed as enticing as film until now. For decades film has been glamorised but since the Weinstein scandals it has lost a lot of its previous charm. TV seems to be growing into a much more welcoming, experimental and equal platform making it much more enticing and potentially what’s going to start bridging the gap towards gender parity.